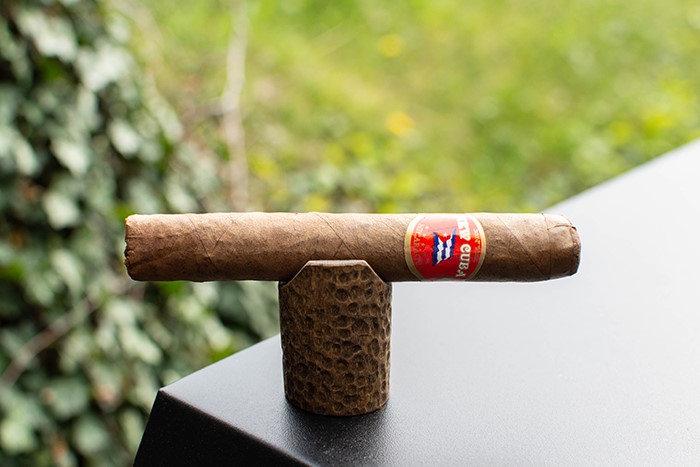 Around a buck fifty a stick, as of writing this review, the New Cuba is the king of the Yard-Gars.

A little resistance, quit perfect actually. The pre-light draw has a straight tobacco taste with cashews or light nuttiness.

The wrapper smells a little funky with a barnyard aroma. It’s a very rustic looking wrapper with a nice dark tan color and with a good amount of veining.

Right from the start the cigar has that funky spoiled “down on the farm” taste, which is awesome. Along with some funk, I’m getting a little red pepper and a normal plain tobacco taste. That funk is what I personally love to come across in a cigar. It’s hard to describe exactly what it’s similar to, so funk it is. I’ve been through a whole bundle of these and that funk isn’t in every one I had, so it’s a little treat when you get it.

Pretty much the same funky barnyard flavors remain but now the cigar has a light salty coco taste with a faint hint of caramelized nuts. Not to shabby so far considering this is a buck fifty stick. 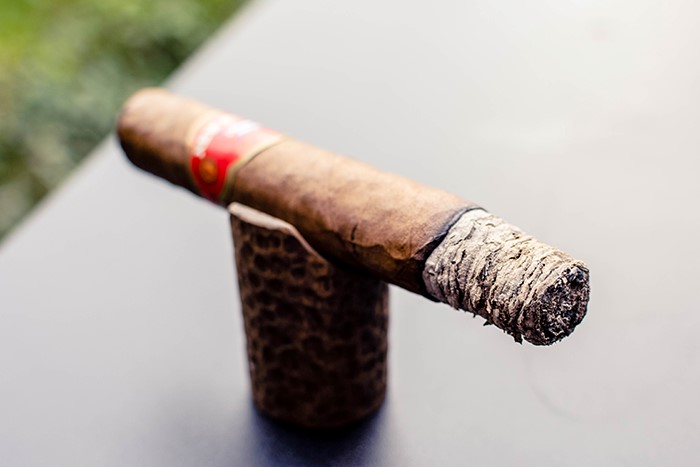 The ash is a light gray with some flakiness. Solid even burn so far!

Still no new flavors. That funk is not so noticeable and the coco taste is a little darker with more of a tobacco flavor.

It is what it is. A solid everyday, budget friendly, everyday cigar. It’s also made by the one and only Aganorsa Leaf in Nicaragua. I should also note that this is a mixed filler cigar and each one could have a slightly different taste, burn, and draw. Throughout my whole bundle I thought each cigar was very similar in taste. Only a few draw issues I came across, but it is what it is. The ultimate Yard-Gar! Medium body and strength with around an hour of burn time.