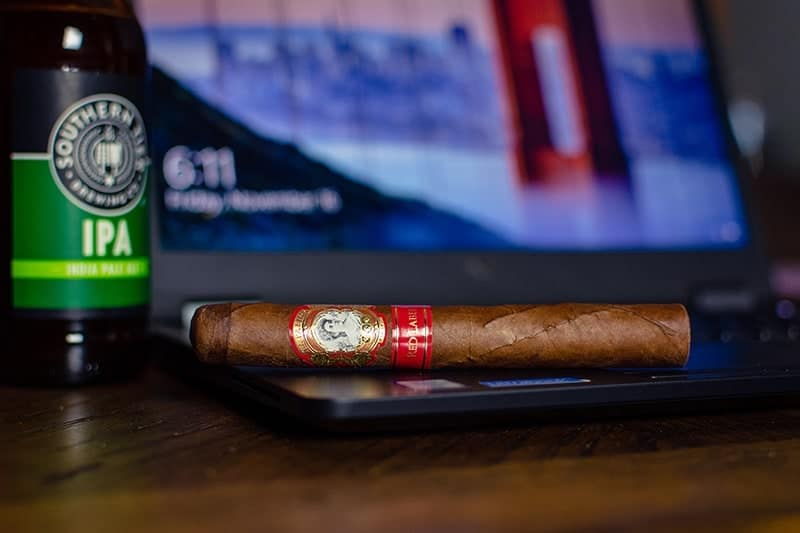 A magnificent pairing! What can I say, but wow. The beer is hoppy as all get out and the cigar was top notch. The La Palina Red Label cigar was spicy with some citrus notes when paired with the beer. I really like a hoppy beer and most of my cigar choices I make usually end up being a good choice anyway so it was obviously going to be a good combination. The beer and the cigar got me thinking of a lot of things in life. Most of the time tasty cigars get you thinking about of sorts of things that’s happening. But then throw in some good beer …it gives a man a utopia of thoughts and lets you see a perspective on life that you never would have before. It’s not cheating, it’s just taking the joys that are available to us on this earth and putting them to use. I may also note that I’m at this exact moment I have done finished a beautiful cigar as well as a six pack of very hoppy beer that is just exploding with flavors.

Until next time – keep it real!